FROM THE DESK OF DR. HILDY®: 2018 Chinese Year of the Yang Earth Dog 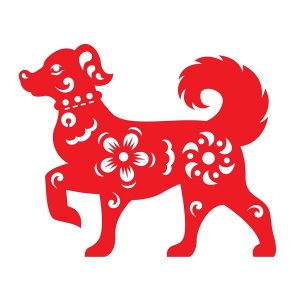 Asian astrology is based on astronomy, philosophy, and traditional calendars, and is the divination of the timing of the future. In particular, it is based on a 60-year cycle documented since the time of the Chinese Shang Dynasty (1760 – 1520 BCE). This foundational cycle combines two cycles — the 10 heavenly stems (the five elements of water, wood, fire, earth & metal in their yin or female and yang or male forms) plus the 12 earthly branches, or the 12-year cycle of animals, referred to as the Chinese zodiac (Rat, Ox, Tiger, Rabbit/Hare, Snake, Dragon, Horse, Ram/Sheep, Monkey, Rooster/Chicken, Dog, and Pig).

The Chinese animal zodiac also operates on a cycle of months (the 12 animals each rule one of the 12 months) or “moons,” and of hours of the day (12 animals rule two-hour periods each, adding up to a 24-hour day).

Other Asian countries also celebrate solar/lunar New Year as the most important festival of the year, including India, Nepal, Bhutan, Sikkim, Mongolia, and Tibet. In Tibet, Nepal, and Bhutan, New Year is called “Losar” (Lo translates to “year” and Sar means “new”) and falls on the Lunar New Year date. This lunar new year observance predates Buddhism and is from the earlier shamanic Bon Tradition. The Bonpos famously burned massive amounts of incense in a spiritual ceremony to appease the local deities and spirits, considered protectors and called locapalas.

Later, Losar was adopted as a Buddhist tradition and annual winter celebration. Historically the celebrations would last a couple of weeks, but nowadays it is more like a week, with the first three days as the most significant. Because it is a family holiday, many Tibetans spend time together feasting and dancing and often invite monks to visit and bless the home. The Losar holiday is about exchanging warmest greetings with loved ones, expressing kind heartedness, and welcoming guests with hospitality so those values are established to extend into the coming year.

Feb. 4 is the Solar Chinese New Year date that determines the corresponding Chinese zodiac animal birth sign for individuals. For example, if a person were born Jan. 31, 2018, he or she would be a Fire Rooster under the preceding year of Yin Fire Rooster, ending Feb. 4, 2018.

The Chinese Lunar New Year, the Year of the Earth Dog, begins this year on Feb. 16 and is a day of global Chinese New Year celebrations, fireworks, parades, and the beginning of up to two weeks of observances, family reunions, and blessing ceremonies.

2018 signifies a huge shift toward the earth element and away from the chaotic and often stressful fire element of the 2016 Monkey and the 2017 Rooster. Those born in Dog, Dragon, Sheep/Ram, Rooster, and Ox years are advised to tread carefully and pay attention to to their health in the 2018 Dog year.

The 2018 Earth Dog year will emphasize all that is fair, radically positive, open, sincere, perceptive, moral, loyal, equitable, intelligent, stable, practical, reliable, honest, and grounded. The Earth Dog is a peacemaker — pragmatic, calm, serene, and much gentler than his fellow fire, water, wood, or metal Dogs, so even though the pace of this male, or yang, year will be energetic, the earth element brings more stability, practicality, balance, and gentleness.

Develop your own inner spiritual nature in the Dog year for the greatest success, and choose a positive mantra for yourself. Be pointedly devoted to that which makes your heart sing, and say “yes” to what really matters. Have no guilt or second thoughts about saying “no” to things that don’t bring you joy.  Focus on following your heart or bliss to reap huge rewards. The Year of the Earth Dog is when magic can happen in all aspects of our lives, so be faithful to your own heart and destiny, and dream fully, bravely, and completely. 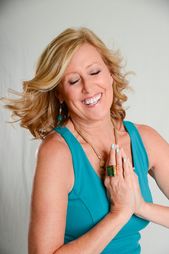 May 2018 Earth Dog year bless you with abundance as you align with integrity, fairness, honesty, success, kindness, balance, and deep happiness.

Posted on February 25, 2018, in 2018 Chinese Year of the Yang Earth Dog, Spirituality, Uncategorized. Bookmark the permalink. Leave a comment.

This site uses Akismet to reduce spam. Learn how your comment data is processed.